ASL looks forward to welcoming twelve new trainees in 2018. Trainees begin their journey at ASL with a two-week induction program, which ensures that an optimal learning environment is established and that new relationships can be formed from the start. We wish our new trainees all the best for this exciting new chapter of their lives. 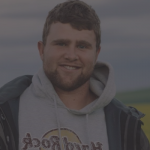 Stephanus hails from a farm in Colesburg. He studied BAccounting at the University of Stellenbosch and plans to graduate at the end of 2018. Stephanus enjoys playing golf, squash and rugby in his free time. His goal for 2018 is to build good relationships at work and to deliver his best in every task that he takes on. 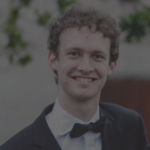 Marinus is from Vanderbijlpark in Gauteng and matriculated at Sasolburg High School. He completed his BAccounting degree at the University of Stellenbosch and is currently enrolled for his honours degree at UNISA. He stayed in Helderberg men’s residence for four years as a student, where he played cricket, hockey and soccer. He is a big Real Madrid and Arsenal soccer supporter and he also loves dancing. Spending time with friends is very important to him. He is excited for a new phase of his life where he can meet new people and broaden his knowledge of the business world. 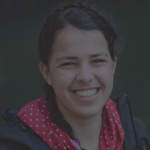 Silja’s hometown is Kleinmond, so naturally she loves the outdoors – from hiking mountains to spending the day at the beach. She studied at the University of Stellenbosch, where she was in Huis ten Bosch ladies’ residence. She completed her honours degree in accounting in 2017. In her free time, she enjoys painting, photography and cycling. Her family is very important to her and she is very proud of her German heritage and culture. She is excited about the new experiences and new people that she is going to meet during her journey with ASL. 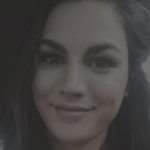 Somerset West is familiar territory to Nadia, as she grew up in Grabouw and matriculated at Strand High School. She obtained her honours degree in accounting at the University of Stellenbosch in 2017. She enjoys spending time with her family and friends, hot summer days at the beach and discovering new places. Her goal for 2018 is to take on each day as a new opportunity and to learn as much as possible. She is excited to meet new people and to form part of ASL. 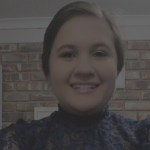 Yolanda is a small-town girl, from Fochville in Gauteng. She obtained both her bachelors and honours degrees in accounting at the North-West University of Potchefstroom. She looks forward to expanding her professional and technical proficiency at ASL and is excited to take on the new challenges that 2018 may bring her way. In her free time, she enjoys reading and the outdoors, as well as spending time with family and friends. 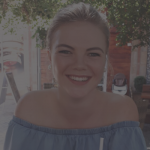 Nicole is a people’s person – she is at her happiest when surrounded by people. She grew up on a farm near Richmond in the Northern Cape, which plays a big role in the person that she is today, as she learnt many life lessons of great value. She attended Eunice High School in Bloemfontein and thereafter obtained her bachelor’s degree in accounting at the University of the Free State. She is a tennis player and is crazy about all water sports, especially water polo and skiing. She is excited about 2018 and the new challenges that her work and part time honours studies will bring. Breyten grew up in Uitenhage in the Eastern Cape.  He matriculated at Brandwag High School in 2012. He attended the University of Stellenbosch, where he obtained his bachelor’s degree in management accounting. Currently he is completing his honours degree in management accounting through UNISA. He enjoys travelling and is especially fond of Madagascar. He relaxes by playing golf with friends, cycling and reading. Breyten looks forward to new challenges and meeting new people and is excited to learn as much as possible at ASL. 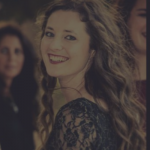 Jochiré hails from a farm at the foot of the Swartberg mountain range just outside Oudtshoorn and is one of four children. She obtained her honours in management accounting at the University of Stellenbosch in 2017. She was in Irene ladies’ residence at Stellenbosch and enjoyed playing hockey for her residence. She is an extrovert and enjoys socialising with others, spending time in the outdoors and taking on new challenges. She also enjoys meeting new people and she cannot wait to meet everyone at ASL. 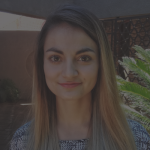 Zané Smith grew up and matriculated in Klerksdorp. She obtained her bachelors and honours degree in financial accounting at the North-West University of Potchefstroom. Her favourite pass time is spending quality time with her family and friends, being in nature, playing sport and shopping. In 2018 she wants to learn as much as possible, take on every opportunity and perform every task to the best of her ability. 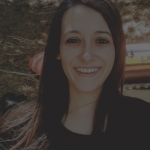 Deirdre matriculated at Diamantveld High School in Kimberley. She obtained her bachelor’s degree in financial accounting at the University of the Free State. In her free time, she enjoys reading, spending time in the outdoors and skiing. She is looking forward to 2018 with all the new adventures and challenges that it may hold. 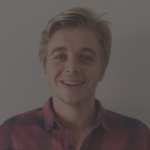 Jean-Pierre was born and raised in Centurion, Gauteng. In 2013, he matriculated at Midstream College. He studied management accounting at the University of Stellenbosch and stayed in Huis Visser men’s residence for two years. He enjoys staying active by playing sports and jogging in the mountains. He also enjoys spending time with friends and family. He looks forward to the new challenges of the business world lying ahead.